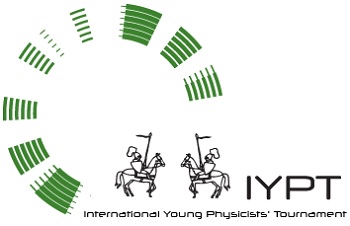 The Singapore Young Physicists’ Tournament (SYPT) tests participants' ability to solve complicated real-world physics problems. In a typical Fight, the Reporter has to present their solutions to proposed problems in a convincing way, defending their stand through scientific discussions with the Opponent.

Curie Point Engine - Make a nickel disc that can rotate freely around its axis. Place a magnet near the edge of the disc and heat this side of it. The disc starts to rotate. Investigate the parameters affecting the rotation and optimize the design for a steady motion.

If a coloured material is ground to a powder, in some cases the resulting powder may have a different colour to that of the original material. Investigate how the degree of grinding affects the apparent colour of the powder.

An oiled horizontal cylindrical shaft rotates around its axis at constant speed. Make a ring from a cardboard disc with the inner diameter roughly twice the diameter of the shaft and put the ring on the shaft. Depending on the tilt of the ring, it can travel along the shaft in either direction. Investigate the phenomenon.

Non-adhesive granular materials can be poured such that they form a cone-like pile. Investigate the parameters that affect the formation of the cone and the angle it makes with the ground.

Cusps in a Cylinder

A horizontal cylinder is partially filled with a viscous fluid. When the cylinder is rotated around its axis, unusual fluid behaviour can be observed, such as cusp-like shapes on the walls of the cylinder. Investigate the phenomenon.

A Tesla valve is a fixed-geometry, passive, one-direction valve. A Tesla valve offers a resistance to flow that is much greater in one direction compared to the other. Create such a Tesla valve and investigate its relevant parameters.

Fix one end of a horizontal elastic rod to a rigid stand. Support the other end of the rod with a taut string to avoid vertical deflection and suspend a bob from it on another string (see figure). In the resulting pendulum the radial oscillations (parallel to the rod) can spontaneously convert into azimuthal oscillations (perpendicular to the rod) and vice versa. Investigate the phenomenon.

When blowing on a soap film in a ring, a bubble may be formed. The liquid film may pop or continue to exist. Investigate how the number of bubbles produced from a single soap film and the characteristics of the bubbles depend on the relevant parameters.

Small objects can levitate in acoustic standing waves. Investigate the phenomenon. To what extent can you manipulate the objects?

Construct a simple seismograph that amplifies a local disturbance by mechanical, optical or electrical methods. Determine the typical response curve of your device and investigate the parameters of the damping constant. What is the maximum amplification that you can achieve?

Take a strongly cooled bottle and put a coin on its neck. Over time you will hear a noise and see movements of the coin. Explain this phenomenon and investigate how the relevant parameters affect the dance.

Construct a Heron’s fountain and explain how it works. Investigate how the relevant parameters affect the height of the water jet.

When a drinking straw is placed in a glass of carbonated drink, it can rise up, sometimes toppling over the edge of the glass. Investigate and explain the motion of the straw and determine the conditions under which the straw will topple.

Add some weight to a candle such that it barely floats in water. As the candle burns, it may continue to float. Investigate and explain this phenomenon.

It is commonly known that an hourglass changes its weight (as measured by a scale) while flowing. Investigate this phenomenon.

When taking a picture of a glowing lantern at night, a number of rays emanating from the centre of the lantern may appear in the pictures. Explain and investigate this phenomenon.

The current craze of water bottle flipping involves launching a partially filled plastic bottle into the air so that it performs a somersault before landing on a horizontal surface in a stable, upright position. Investigate the phenomenon and determine the parameters that will result in a successful flip.

Some general Tips for the problems:

How to Prepare for Olympiads –